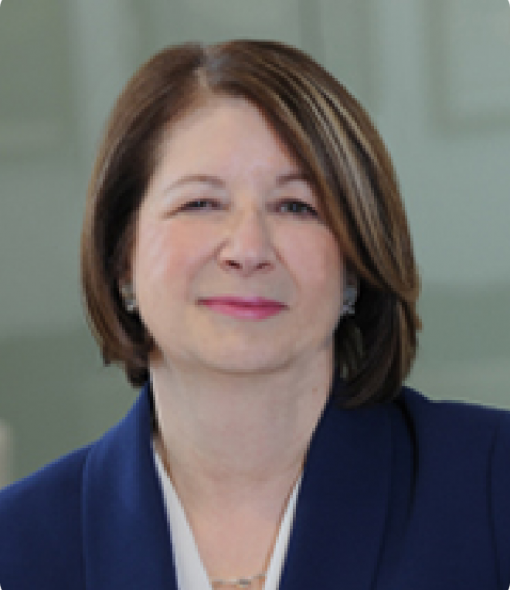 Stephanie Scharf is a leading authority for the advancement of women in the legal profession. She is well known as a thought leader in areas of organizational excellence, diversity, equality and inclusion, strategic growth, talent development, and enterprise management. Her consulting work is enhanced by over 30 years of practice in complex litigation representing national and global corporations, as a partner at Kirkland & Ellis, a partner at Jenner & Block and, most recently, founder of Scharf Banks Marmor LLC, a nationally prominent women-owned law firm.

Stephanie has a Ph.D. in Behavioral Sciences and a J.D. from the University of Chicago. She combines her skills in data analytics to create measurable strategies for organizational change and achievable goals. She has published innovative research on such topics as the success of law firms in retaining and advancing lawyers, attributes of effective leadership, and strategies for growth and talent development. Stephanie designed and co-authored the innovative ALM/ABA research, Walking Out the Door: the Fact, Figures and Future of Experienced Women Lawyers in Private Practice; designed and co-authored First Chairs at Trial: More Women Need Seats at the Table; founded and conducted the NAWL Annual Survey of Women in Law Firms from 2006-2014; and conducted other applied research on the strategies, career trajectories, and impact of interaction between law organizations and their employees.

Stephanie has held many leadership positions in national organizations. She is the 2017-2020 Chair of the American Bar Association Commission on Women in the Profession and also co-chairs the ABA Presidential Initiative on Achieving Long-Term Careers for Women in the Law. Stephanie also served as Special Advisor to the American Bar Association’s Presidential Commission on Diversity and Inclusion. She is a member of the Board of DirectWomen and a former President of the National Association of Women Lawyers, where she created the highly regarded NAWL General Counsel Institute as well as a series of NAWL national surveys.

Stephanie has received national recognition for her contributions to the legal profession, including such awards as the National Association of Women Lawyers Public Service Award and the National Law Journal Two Steps Forward Award.

Stephanie’s recent speeches and seminars include: